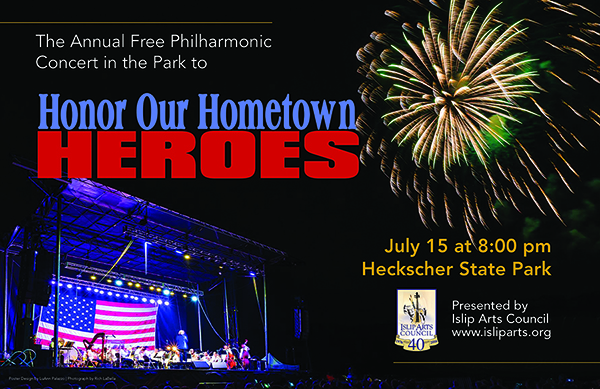 Thousands of Long Island residents gathered once again to ''Celebrate our Hometown Heroes'' at Long Island's premiere concert under the stars on Saturday night, July 15, 2017. The Long Island Orchestra, led by world-renowned conductor David Stewart Wiley, performed a program that included the traditional ''Armed Forces Salute,'' the powerful ''Mars'' from Holst's ''The Planets,'' and piece by the conductor, ''Celebration Fanfare.''

Mrs. Lillian Barbash, the founder of the Islip Arts Council, first brought the NY Philharmonic to Heckscher State Park over thirty-five years ago. This concert is an important part of Long Island's cultural landscape and has been for many years.

Please scroll down to view photos from the 2017 concert, courtesy of photographer Rich LaBella.