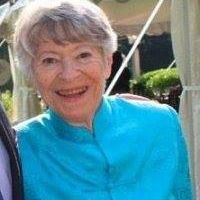 in memory of Our Founder Lillian Barbash

Lillian founded and led the Islip Arts Council for 31 years, building it into a world-class presenter of classical music. Tens of thousands attended her free NY Philharmonic park concert every summer. Born and raised in the Bronx, she married her high school sweetheart, Maurice Barbash in 1947. The two were inseparable until his death in 2013. Together they co-founded the Long Island Philharmonic, commissioned pieces for Yo-Yo Ma and Emanuel Ax, and created the Bay Shore Schools Arts Education Fund. Lillian loved opera and chamber music best, and loved sharing her loves with others. We lost Long Island's First Lady of the Arts on July 4, 2020.


Lillian Barbash Memorial Concert: Excerpts from A Musical Offering by JS Bach, with Evan Shinners on piano and grandson Eddie Barbash on saxophone. Performed at her home on Fire Island.

Some of Lillian’s colleagues and friends share their fond memories:

Lillian Barbash was the Founding Director of the Islip Arts Council in 1976. The Islip Arts Council is an example, through its continuing growth during the years, of Lillian’s encouragement of leadership. This organization continues to thrive because Lillian built a group who lead because of her example. She groomed a staff and board who demonstrated the fact that the Islip Arts Council will endure far into the future. And here we are 44 years later – flourishing.

Lillian made Long Island the site of the only FREE NY Philharmonic Concert in the Parks outside of NYC and that legacy lasted for 31 years. Since then IAC has presented the Long Island Philharmonic (which Lillian and Murray Barbash founded) and now that is Orchestra Long Island, performing this year virtually on our IslipArts Live You Tube Channel. This year brought many changes and we are incredibly sad that our founder died on July 4, 2020. Lillian was the perfect leader. She guided me in her gentle but tenacious ways and always suggested that I don’t hesitate to make that call, invite that ensemble, and so in 2008 when she passed on the reins, I was with left huge shoes to fill. But, as Lillian always told me, to lead is to act, to add onto what was left to you, is striving to perfection. Lillian left me with years of files, a rolodex that weighed 10 pounds, and a firm foundation in the Classical music world.

Yes, things have changed at the arts council but not our mission: The Islip Arts Council is dedicated to leadership, advocacy and excellence in the arts by presenting, producing and promoting culturally responsive, high quality programs for diverse populations in varied artistic disciplines. Lillian fostered the mission that is still in effect today – thank you Lillian for all you have done for Islip Arts. Her contributor to the artistic life on Long Island enhanced the music education of our young people through its music programs in the schools which reach about 30,000 children each year with special emphasis in underserved school districts. Lillian has consistently encouraged and participated in these efforts. Every not-for-profit organization should have a Lillian Barbash.
-Lynda A. Moran


I consider Lillian to be one of the most influential women in my life as she taught me that giving back to my community, in whatever way I could, would give me tremendous joy whether as a performing artist, arts advocate, or “the lady serving the chicken”. She made me a better role model for my daughters who adored her, and for my students through her example. She showed me that a woman could be strong and kind. She made you feel that she genuinely cared about you, your children, your work…because she did! Her impact on thousands of people that ranged from the world’s greatest artists to underprivileged children will be her legacy. I am better because I knew her.
-Amy F. McGrath


What I remember most about Lillian Barbash was her carefully metered way of speaking very intelligently and forcefully, yet always with a calm and caring demeanor. Yes, she and her family have done so much for the arts here on Long Island and in a wider sphere, but my personal interactions with her over the years, in the Islip Arts Council and outside of it, were always wonderful, and left me with the sense that I was lucky to know her.
-Tove Hasselriis Abrams


As one of the original patrons of the Islip Arts Council’s Chamber Series held in Sayville, I found myself volunteering for the Philharmonic Concert in the Park. In 1985 I became an IAC Board member. Shortly after joining the board, I became the IAC Board President, a position I held for most of the next thirty years. During that time, I saw and talked to Lillian at least once a week, often more than once. Lillian was a delight. Loyal, quick-witted, charming, tough-minded, she knew what she wanted and worked for what she found important in her quiet, smiling way. Lil had a smile that could light the world, one only matched by Murray’s smile. She held onto the New York Philharmonic, long after the they tried to leave the concert in the park. Only Lillian could do that! She was a beautiful woman who had a beautiful heart and soul. I feel privileged to have known her all those years, and I treasure our friendship.
-Nick Wartella


Scores of thousands have benefited from Lillian’s vision for the arts. Few know how much time, money, and creativity she invested in making that vision a success. As treasurer for the Islip Arts Council for a time I was privileged to observe some of her efforts. Her phone stayed warm because of the myriad of contacts she made throughout busy days with performers, conductors, donors, and creators of music and visual arts. Unlike most people of her age, she was quite eager to let me set up a computer and email. Her huge circle of acquaintances enabled her to schedule a bewildering number of offerings to the public in the town of Islip. She built a chamber music series that featured many of the world’s best-known chamber groups. She and Murray sponsored some of the work of friends Emanuel Ax and Yo Yo Ma. Despite this almost frantic array of activities, the couple nurtured an inspired family and stayed connected with a vast circle of friends. It was a privilege and honor to know Lillian.
-John White


We started going to the Chamber series in Sayville because several friends often had tickets they could not use. It was 1997 when one of those friends moved so we bought our own subscription (and got their seats, which I liked). One of my favorite memories was at one of those concerts when Lillian got on the stage (as she did at every concert) and said she wanted to give a little gift to one of the concert subscribers (Raymond Davis) in recognition of his recent Nobel Prize in Physics. The quartet was seated behind Lillian and the expressions on their faces were priceless. I guess we were not just another hick suburb and Lillian made sure that everyone knew that great music WAS presented on Long Island. Thank you, Lillian.
-Carolyn Dahab


I first met Lillian Barbash in the '70s as I was active in school and community affairs. When the Bay Shore Chamber of Commerce honored Maurice and Lillian I was asked to donate a piece of my artwork to be auctioned off…and of course I said yes. Throughout the years we would run into each other at concerts and art receptions and though not intimately connected personally, our connection to the arts was indelible. By chance it was the late Judy Kertzner, a dear friend of Lillian, who brought us together at her home over the past few years. Judy was most enthusiastic about my art collaboration with a 90-year-old painter and reconnected me with Lillian to share this story. I am proud to be part of the Islip Arts team which will carry forward the legacy of Lillian Barbash.
-Holly Gordon