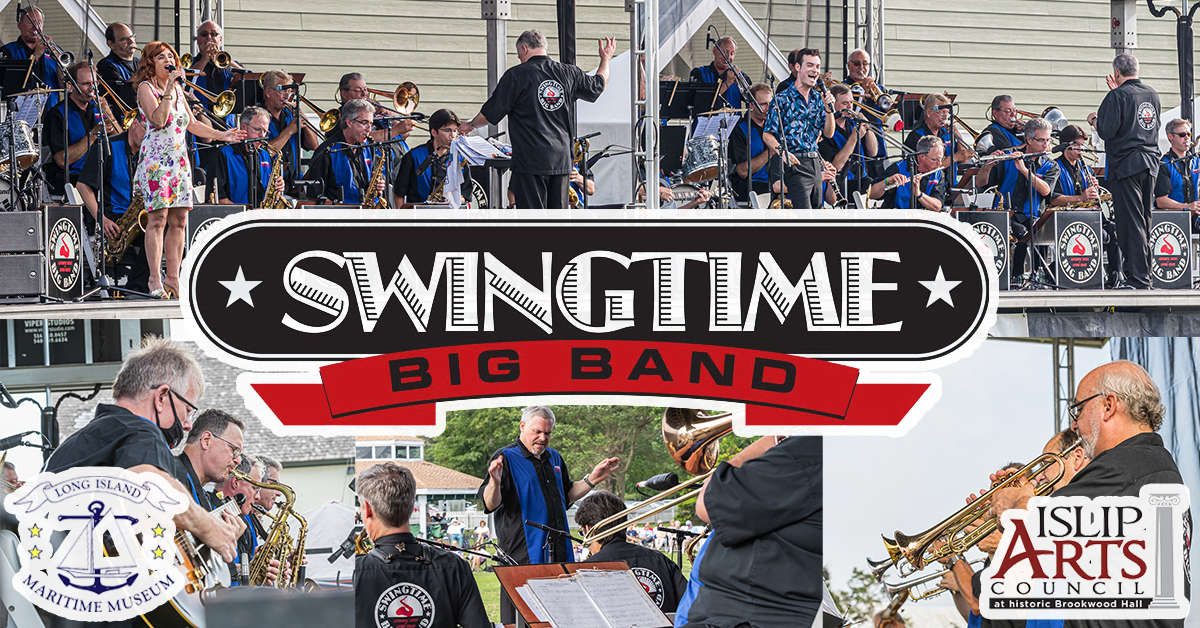 SWINGTIME BIG BAND's history with IAC dates to the summer 2006 concert at Bayard Cutting Arboretum, and they have played annually for IAC over the last 15 years in a wide variety of venues. Perhaps the most memorable were the two ‘Concert in the Park’ shows (2013 & ‘14) in Heckscher State Park, featuring a Hometown Heroes Veterans tribute program capped with a huge Grucci fireworks display.

This year’s concert was an extra special celebration of being able to gather again in public to enjoy live music. The band created a fun and entertaining Great American Songbook program, showcasing a classic collection of music from stage & screen which is celebrated world-wide as “Made in the USA!”

Swingtime re-created hit recordings of such big band legends as Count Basie, Glenn Miller, Benny Goodman, Harry James, Ted Heath, and Les Brown. Also, in keeping with Swingtime’s summer tradition, they saluted America’s Finest — the US Armed Forces past and present — including a special commemoration of the end of World War II.

Swingtime also included a celebration of Centennial birthdays of iconic creators of this uniquely American art form. This year the spotlight was on the legendary composer/arranger Nelson Riddle! Swingtime’s two engaging vocalists — Bobbie Ruth and Zack Alexander — emulated some of the most beloved singers of all time, including Ella Fitzgerald, Peggy Lee, Keely Smith, Linda Ronstadt, Dean Martin, and, of course, the immortal Frank Sinatra. 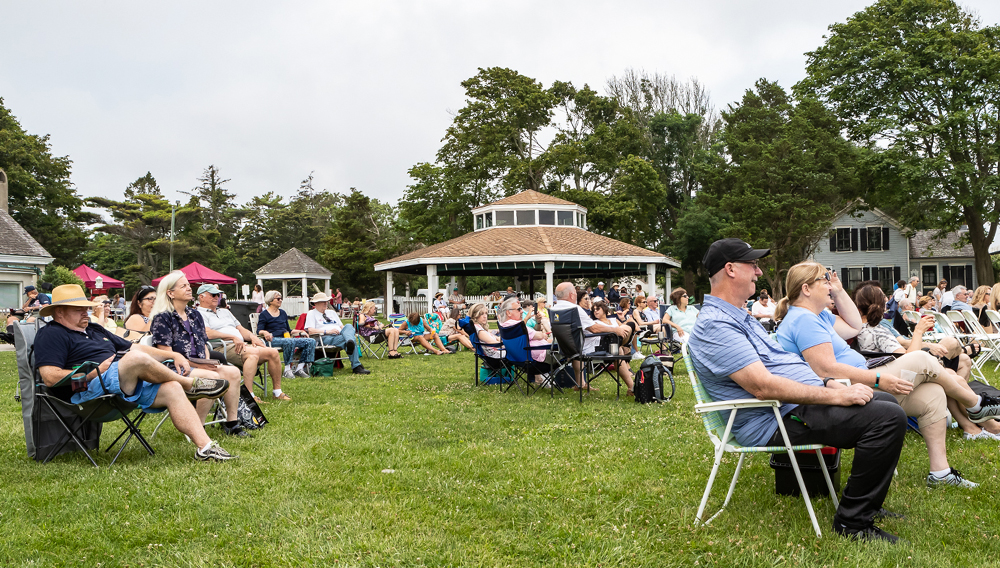 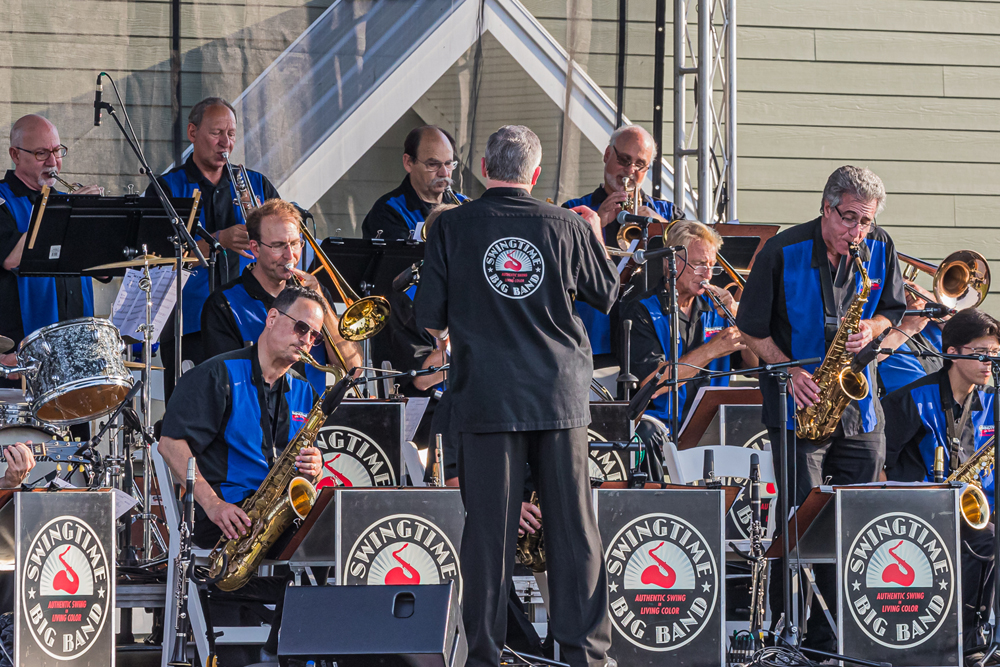 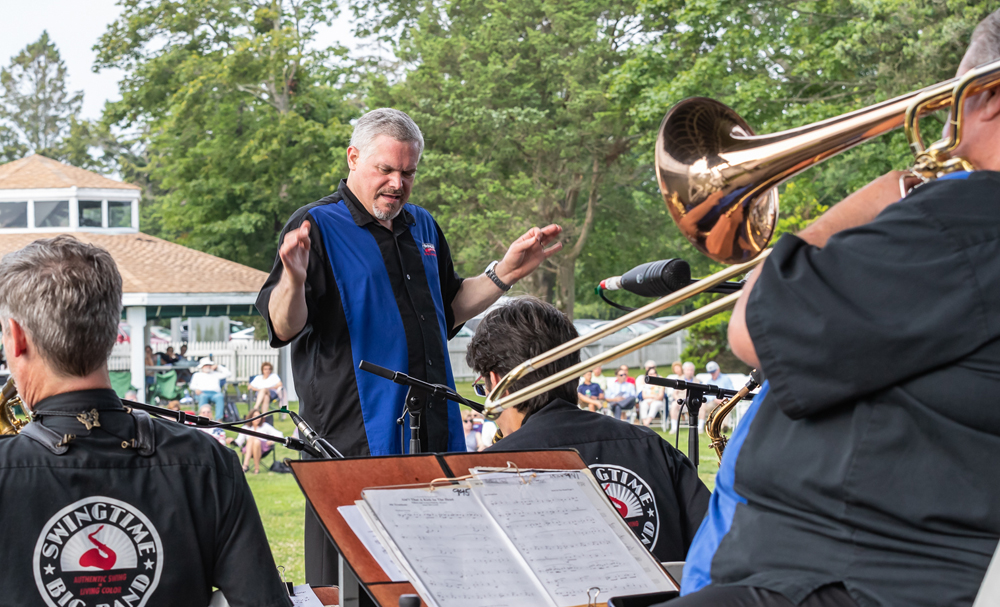 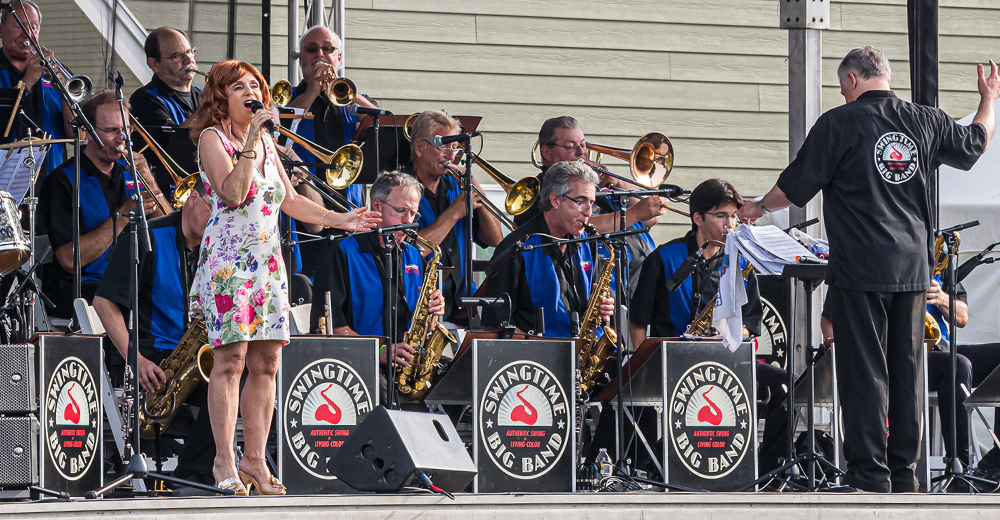 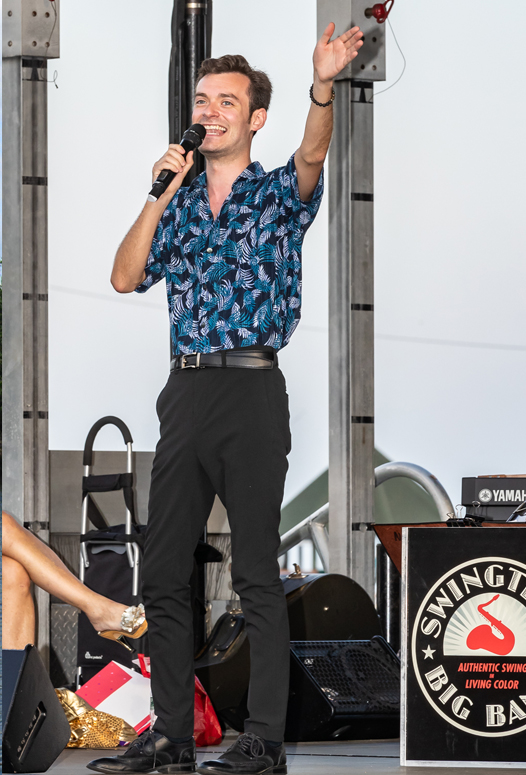 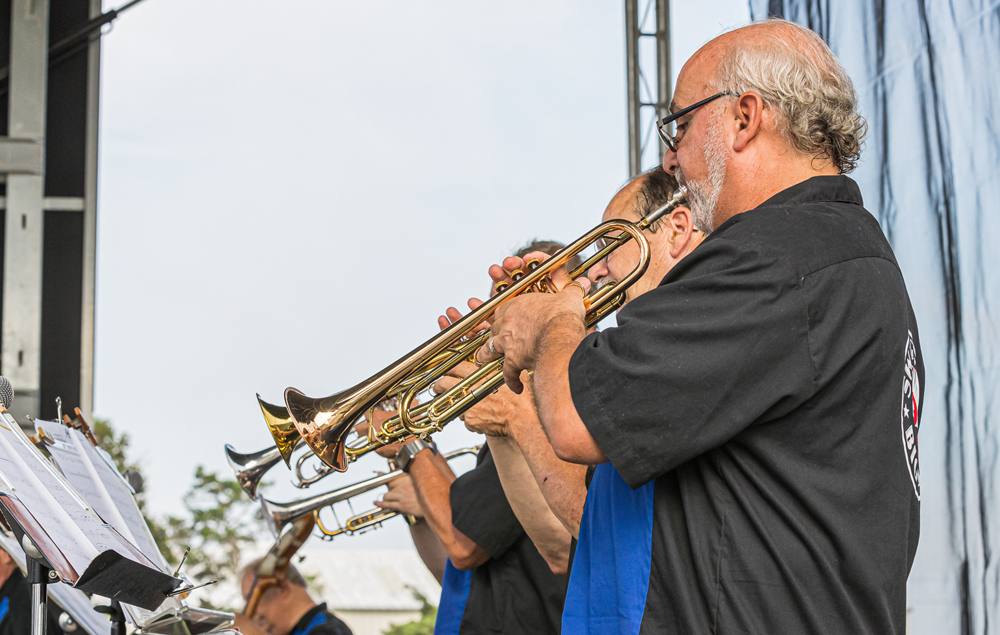